Plastic surgeons high professionalism of of the Kiev regional surgery centre recognized in Europe.
Lead surgeon of the Plastic Surgery Centre Levitsky Roman became one of the leading plastic surgeon in the major plastic surgery clinics in Germany. It's Proaesthetic clinic in Heidelberg. 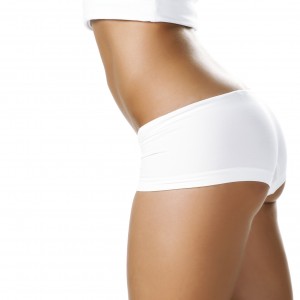 Aesthetic surgery of the body in its totality but above all at the level of the silhouette in particular, has greatly benefited from the advent of liposuction, which is by far the important progress that aesthetic surgery has had in recent years.

It has become possible thanks to “endo-surgery” within an hour, to remove from practically anywhere in the body, accumulations of ungracious fatty tissues, and this, practically without visible scars.

The term “liposculpture” may appear to be very imaged but, the term is not excessive in a great number of cases.

Liposuction can be used on its own when the tonic quality of the skin guarantees a good reaction of the tissues involved or when associated with other interventions such as abdominoplasty or a lifting of the interior face of the thighs.

The association of these techniques has allowed a clear improvement of the observable results obtained.

Surgical possibilities take into account the penetration of adipose tissues of course, but above all the possible elasticity of the skin which conditions the quality of the results.

The plastic surgeon will explain to the patient, with precision, the advantages and the limits of this intervention for each particular case at hand.

Before the operation clinical laboratory examinations are systematically performed.

Depending on the type of intervention it may be performed under deep local anesthesia or under general anesthesia.

The type of anesthesia chosen is dependent upon the number of locations to operate on. The incision is quiet small, less than half an inch (less than one centimeter) and is discreet (its placement is usually in one of the body’s natural folds). During the first phase a canula loosens the adipose tissues which will then be withdrawn by means of suction. The operation is relatively brief (on average an hour). A retentive dressing is put in place (for the most part, this dressing is a panty or an elastic girdle).

Liposuction and liposculpture. Before and after operationи

During the post-operatory phase bruises and oedemas will appear in the regions that were operated on.

The bruises are reabsorbed within 10 to 15 days and the oedema progressively diminishes. Wearing a retentive piece of clothing is advised for a period of 2 to 3 weeks after the operation. The results are visible to 6 weeks after the intervention.

Showering is possible 2 or 3 days following the intervention.

A complementary treatment involving “lymphatic draining” allows the acceleration of the reabsorbtion of bruises and improves the circulation of blood.

In conclusion, liposuction corrects in an efficient and durable manner ungraceful excess adipose accumulations localised in various parts of the body.

Recent progress made in the area of liposuction particularly in the domain of the canula which are finer and thus allowing more superficial surgical acts permitting to obtain results in areas which were, up until now, had the reputation of being difficult, such as the front of the thigh or the oval of the face.

The use of ultrasonic devices can be equally interesting in certain cases. The aim of the ultra-sound is to fragment before the operation adipose tissues that are harder (back, hips, bison hump) and thus considerably facilitate its later removal.